Witness the Festival of Lights with Omni Slots

Witness the Festival of Lights with Omni Slots

The city of Berlin has always been a European capital of history and ever since its progressive development into a multicultural metropolis, it became a frequently visited place where everybody may find something interesting to do, see and remember by. Apart from many clubs, restaurants and malls, the city became quite prominent of its annual Festival of Lights, which takes place every single year during the month of October, allowing the visitors and residents to experience a cityscape lit by a plethora of colors and visually stunning effects.

Though not necessarily that popular, it sure is a sight to behold and one that will embed itself into your memory forever. If you would like to make it to Berlin in time for the exhibition, then you are most certainly in luck, because the Omni Slots has just initiated its new promotion and one that is going to send a lucky winner to Germany for this festival all along. The event has been already planned for the 7th – 16th October period, during which the online casino will sponsor the entire trip, which includes return flight tickets to Berlin, 3 nights in a local hotel and even as much as an extra €500 for you to spend.

In order to qualify for the promo, you will have to visit Omni Slots throughout the campaign and collect as many raffle tickets as you can, because every single one of them counts, increasing your chances at winning. You may collect as many of those as you want, because there is no limit, so with every €25 deposit made at Omni Slots, you are getting closer to victory. The players have until the 22nd of September to gather their tickets, as the draw would commence and reveal a winner on the 26th September 2016. 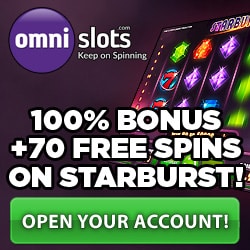 * For every €25 deposited at the casino, 1 ticket would be granted toward the draw