Players must always be aware of the recurring opportunities which might prove not only satisfying if successful, but provide a decent amount of goodies, including cash prizes and other desirable things. Regardless what the actual campaign might represent, the premise is simple and it involves a rewarding program that winners will get to finally enjoy at the end.

One of such features is now available at the 32Red online casino, where the Football Freeroll Frenzy tournament takes place. With as much as £50,000 in the total prize pool, there is no doubt that this kind of competition will likely give something to root for throughout the entire campaign. During this tournament, the players will have to compete against both the odds and other participants, going from one stage to another in order to finally reach the top. The games that would be hosting this entire event would be the popular slots of “Ariana”, “Gold Factory” and “Avalon”.

The tournament offers incredible prizes, available in the form of money rewards that are granted for achieving the main goal, which would be reaching the highest positions of the tournament itself. There are five stages to this competition and each of those will provide a portion of the entire sum of money that have been reserved for this promotion all along. Make sure that you follow the dates and be just in time to partake for the fast paced action, as with every little success you might just get closer to grab one of the money awards. A higher position at the end of the tournament will bring a much better prize, so keep that in mind while you do everything in your power to win it. 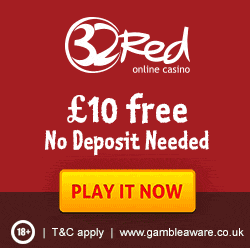