American Dream: travel across the US with casino BGO

American Dream: travel across the US with casino BGO

Have you ever had this urge to travel somewhere far and have an adventure that you would remember for the rest of your life? Well, if you are living anywhere outside the United States of America, and would like to visit this country and travel across some of its most iconic states, then you are definitely in luck – because the online casino BGO has prepared a handful of exclusive promotions; all coinciding with the American Dream theme. Come to think of it, it is a fitting name for such campaign, as there are several distinctive events that will play out as the weeks go by.

First off, there is the Ultimate US Road Trip – which as the name suggest, lets you win a stateside road trip lasting five nights. This package will involve riding in an American muscle car, visiting the Los Angeles area, San Diego and even the famous Las Vegas strip, watching some awesome whales, taking a helicopter tour, or spending a day at the Universal Studios. The Florida Vacation offers such attractions as feeding some alligators at the Gator Park, taking a ride in the Disney World Resort’s roller coaster, and even swimming with dolphins at the Discovery Cover.

Then there is a NYC tour that will take you all the way to the glamorous New York City, where you will be able to go sightseeing and take some snaps of the Empire State Building and the Statue of Liberty, witness an actual show at the Broadway, see a Yankees game, and take a helicopter ride around the city. Last but not least; there is the Vegas Adventure with a helicopter ride above the Grand Canyon, a dinner at the Hell’s Kitchen restaurant, and zipline tour of the Nevada desert. All this and so much more – awaits you at the BGO casino in July. 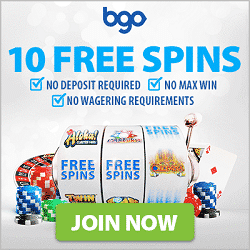