If you are ready to rock, and you almost certainly are, then head on straight to the LeoVegas online casino, in order to participate in the super intense Rock Festival. This promo guarantees high octane gaming action and lots of genuine prizes that can be won throughout this competition.

There are loads of free spins, €100 000 in cash prizes and even an authentic guitar signed by Lemmy – the late singer of the legendary hard rock band Motörhead. With a whopping €20,000 every week, the leaderboards will see to it that everyone gets their share of the prize pool. The campaign has been launched due to the premiere of the “Motörhead” video slot, which NetEnt has successfully released on the 22nd of September 2016. From this day onward, the aforementioned Rock Festival promo will take place, lasting right until the 24th October.

Those who wish to take part in this grand event, may already do so, as the only requirement that must be fulfilled is merely collecting the raffle tickets. Each €10 deposit that one makes will credit a single ticket for the draw, which is going to be hosted live at the Blackjack Party table, on the 25th October 2016. Leo Vegas has organized plenty of attractions for this period of time, plus you may also get some extra tickets, if you get a deal of an Ace of Spades card, at the same Blackjack Party table, where the random draw is going to happen. Players can bet on any games they want, but rest assured that you can still get more points by playing through your wagers on specific games. Those would include the NetEnt Rocks series of slots, which is rather fitting for this event all along. 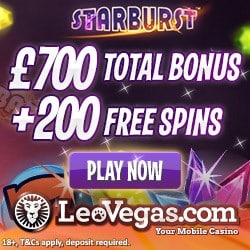