One can never have enough games to play – or coins to spent, which is quite what this next online promotion is all about. Venture further down the path of slots and explore the magical realm of Hugo and his friends, who have already made it to casino Vera & John – which has neatly packaged it into its current promotion. It’s a great time to be involved with the Vera & John casino, and part of its generous rewards program; always full of surprising content – the kind of which changes the way people gamble. Although there are might be still other promotions active at this moment, they run simultaneously with this tournament, so you can still join them after you qualify and at least play some of the games provided by Hugo himself. The prizes are also quite attractive, as these are going to involve a total prize pool worth €4,000. All that and so much more, will be waiting for you over there.

The Vera-cious Tournament is based on Vera&John’s appreciation of slots, and this time it’s going to be all of the Hugo based games, which as their namesake feature the titular character himself. Hugo the TV Troll is quite famous now, and even though his days of fame as the television host are rooted in the 90’s, he has found a successful way to take its friends on many adventures – now in a true casino style. The games that are part of this competition are: Hugo, Hugo 2, Hugo Goal, Hugo’s Adventure, all of which feature the happy go lucky troll, following him on many misadventures. 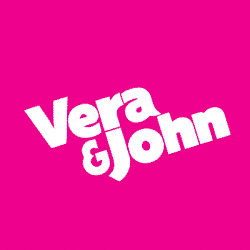